Lithuanian Wushu Federation is happy to announce, that 4th Lithuanian Open Wushu Championship will be held in Vilnius on April 14, 2018. Competition is based on Taolu, Tuishou, Kongsao, Sanda, Qingda and we would like to invite the athletes to participate in these events. Welcome to Vilnius! 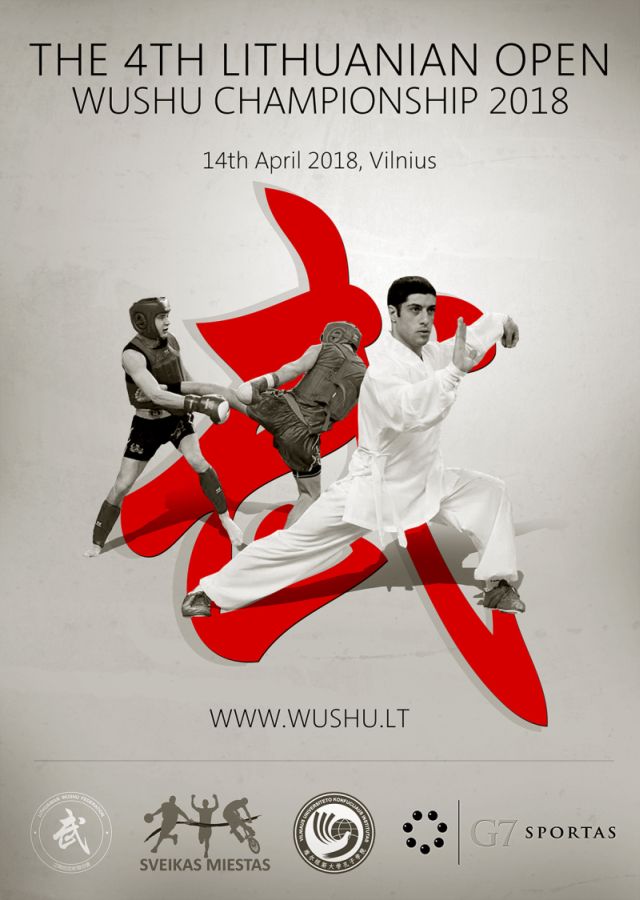 COMPOSITION OF TEAM
The total number of athletes is not limited.

ENTRIES
The Final Entry Forms with events and names of the competitors must be sent to info@wushu.lt not later than March 31th, 2018 (24:00GMT)

8) Group events: 6 persons of any age category. Time of performance: from 3 to 4 min.

2) All participants of Qingda and Sanda must have two sets of protection gears (red and blue or black) and two sets of clothing, according to EWUF regulations.